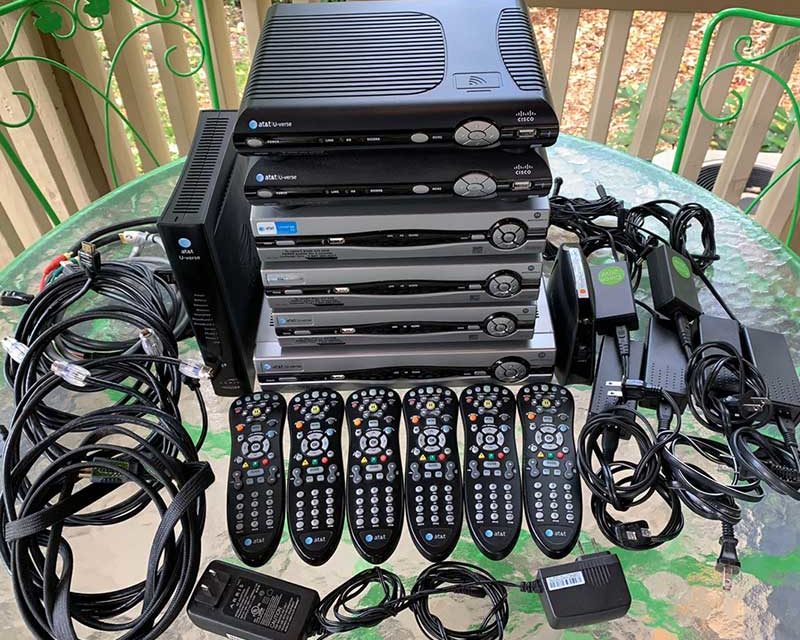 Here’s a case study of home in Grand Rapids, Michigan where the expectations for TV and Internet service are pretty high.

This family was a long-time user of bundled service from AT&T U-verse to cover its TV, Internet and home phone needs. The family wanted plenty of good TV channels to pick from (both local and national), fast Internet, and a minimum of hassle. It uses six TVs spread across four floors of a fairly large old home with thick walls. Not much gaming happens. Music streams all the time through a Sonos system. It’s common to see two TVs on at once along with a variety of laptops and mobile devices. Only one TV is 4K. 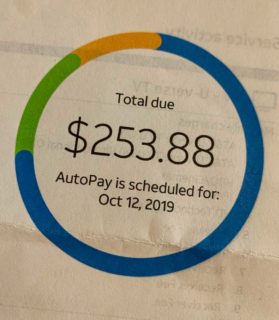 While the user had called AT&T numerous times over the years to decrease the bill, it usually hovered just over $250 and one month crept to nearly $300. The conversations with AT&T probably sound familiar, “I don’t need a home phone,” “I only watch a few of the channels,” “I need it to cost a lot less.” The net effect was always the same … a slightly lowered bill for slightly lower service. The bill typically averaged about $250 a month for basic home phone, 300 cable channels, six TV receivers, and Internet speed capped at 24 MBPS.

When the customer called to cancel the service, AT&T gave its final, lowest offer. They’d rewire the connection to the house to get 100 MBPS service, drop the phone service, and keep the 300 channels … all for a cost of $161 (and probably another $20 in taxes and fees). That’s a good change, and more in line with the customer’s desires, but meanwhile the customer figured out a much better path … STREAMING VIDEO!

So, time for the game plan. With six TVs spread across the sizable home, a mesh network was going to be needed to supply fast WiFi to all corners of the home.

So here’s the plan that went forward …

Needing at least 100 MBPS for good streaming TV service, Comcast/Xfinity was the only other option to the home. Fortunately Xfinity was running some good deals on Internet-only service when selecting automatic payments and paperless billing (a $10 monthly discount). The homeowner also learned some lessons along the way that would have allowed him to save even more money. In the end, he selected a 600 MBPS plan at $70 monthly and rented the modem for $20 monthly, for a total bill of $90.

Two missed opportunities here. First, he only really needed 100 MBPS, which would cost closer to $40-50 monthly. Second, he could have purchased a modem for close to $100. Fix these two things and he’ll save another $380 annually.

Next was elimination of the home phone and review of the cell phone contracts. Since the home phone was never used, it was a no-brainer to cut off. When contacting the cell phone company, the customer found a better plan that cost $20 less every month. We won’t include that in these calculations, just to keep the case study apples-to-apples.

The next step was to pick a streaming TV service. The customer needed to have local channels, a good sports package, and plenty of quality networks to pick from. In other words, a replacement for cable, without the expense. They tested both Hulu + Live TV and YouTube TV. The price was comparable, $55 vs. $50 a month. They eventually landed on YouTube TV and are very happy with all it has to offer.

An antenna was considered. Several indoor antennas were tested but none would reliably bring in all the desired local channels. An outdoor antenna is an option for the future. But for now, the simplicity of keeping all the channels in the same streaming space won out.

Choosing the streaming hardware was the final step. The customer already owned two different versions of Apple TV. Only one TV in the house was 4K ready, so the newer Apple TV covered that. An older Apple TV worked well enough with both Hulu and and YouTube TV to keep using it.

The customer then purchased both a Fire TV Stick and Roku Stick for about $30 each to test them. Each entry-level streaming stick had its merits and were easy enough to use, so those are still in place. Amazon had a great sale on advanced Fire TV Sticks so a few more of those were purchased and put to use. Total cost was roughly $160.

The final piece of the puzzle was to get strong WiFi to all corners of the 1886 three-story house plus basement. TVs are located on all four levels. While it was overkill, the customer bought a Netgear Orbi mesh network from Costco for $300. Coverage is now fantastic inside and outside the house. In retrospect, it would only take $150-200 to get the same result. Yet another lesson learned.

Hardware costs aside, the customer is currently paying $140 a month for much faster Internet, a reasonable range of popular local and national TV channels, and deep well of programs through network apps. As a reminder, the customer was previously paying a $250 monthly bill for slower Internet and hundreds of unwatched channels. This customer could take a few more steps (reduce the Internet speed & purchase a modem) to save an additional $40 a month.

This customer made some right decisions, but could have saved even more money. With an incredible WiFi system is in place ($400), purchasing a good modem for $150-200 would be a better choice than renting one at $20 a month.

In reviewing the collection of streaming sticks and devices, the basic ones work totally fine for the TVs. The devices manage power to the TVs and control the volume. It’s nice to have just one remote. Total cost for the four TVs needing devices was about $140.

Tight Lines Digital can install streaming video in your home quickly and conveniently. Our concierge installation takes just a few hours and we do it at your convenience.

Contact us today to start saving money while enjoying the best TV has to offer. 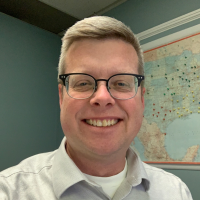